We Were Once A Resourceful People 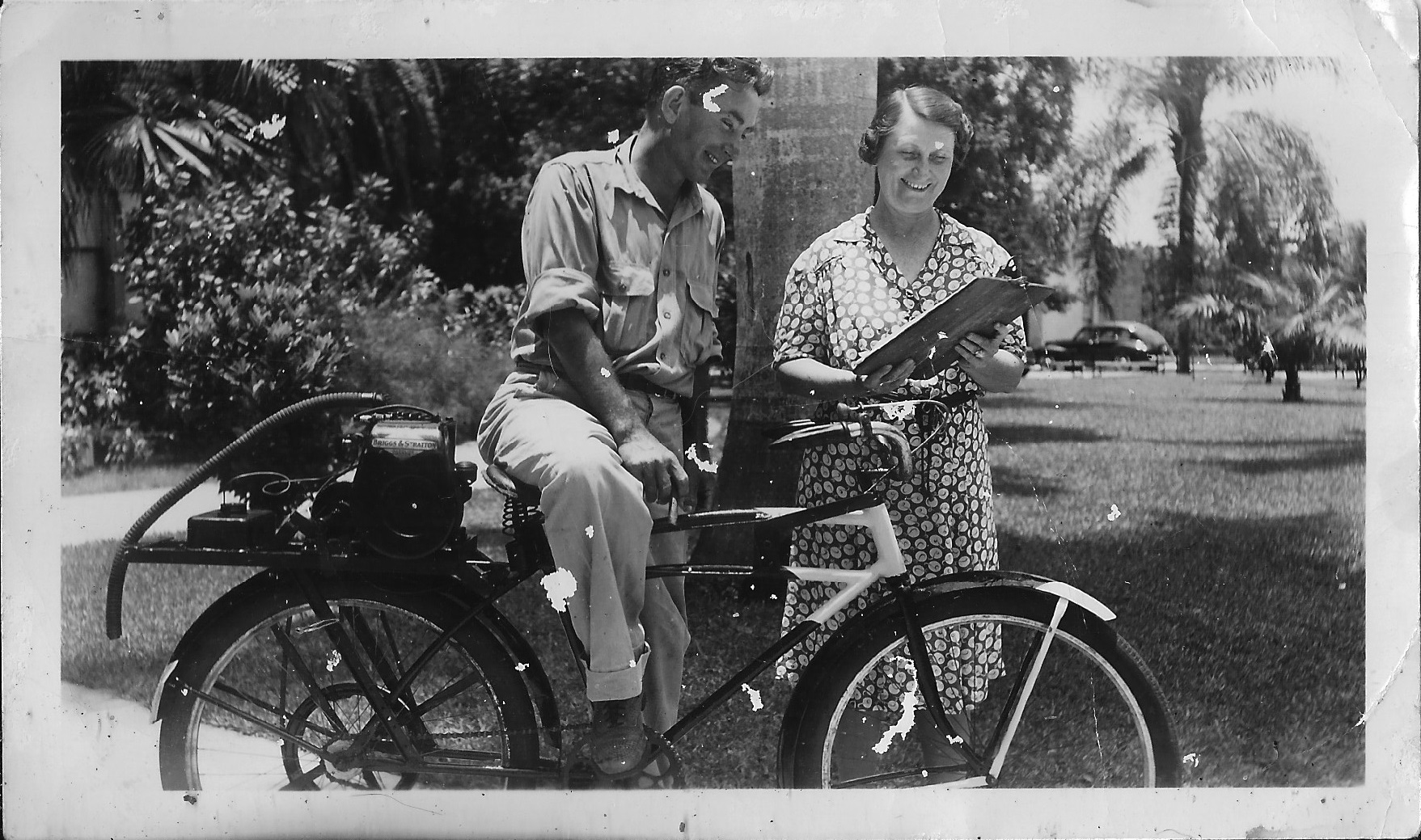 In response to gas rationing during WWII my grandfather Otis Brannen connected a washing machine motor to a bicycle to make a homemade motorcycle that got incredible gas mileage. His invention was written about in several newspapers and he received letters from people all over the country asking him how he did it.

He taught me, "Waste not, want not." This country was built by men and women like him.

If we have to learn to live without inundation with cheap Chinese produced goods, can we do it?

I'm not knocking Chinese goods. Some of their products are the best in the world, particularly solar technology.

At Georgia Tech I knew some young engineers who produced amazing projects. So I suppose Americans are still capable.

It's been really weird, though, to be the only one of my Georgia Tech friends who supports Architects and Engineers for 911 Truth. I thought those GT guys were sooooo smart back in school.

I saw one of my old GA Tech friends last summer, a friend with a dual degree in Computer Science and Aerospace Engineering. I first wrote to him in 2004 about 9-11 and what I was learning about the official story's inconsistencies. In 2017 he said condescendingly to me, "Admit it Kat. 9-11 truth is just your thing you won't let go of." *

I'm also the only one of that group of friends, GA Tech, who reads Prof Michel Chossudovsky, as far as I know at least. I've tried to turn them on. Not working so far. A different button perhaps that does the turning?

My mother, steeped in Phil Donahue and Gloria Steinem, told me all my life that I can be anything. I believed her. It took me many years to realize I might see myself as their peer, but men, often enough, perceive me less as a peer than as a girl with tits. "I'm working sweetie. I'll talk to you later when I'm done with man stuff and ready for the girl-drug again."

If I show you my tits, will you read Prof Michel Chossudovsky?
China and the Restoration of Capitalism. The Largest Cheap Labor Factory in the World
THE 9/11 READER. The September 11, 2001 Terror Attacks

* Once upon a time I was scolded for hurting this friend. You see. I thought he was my friend and we could hang out as friends. But apparently I didn't understand how it really works. If I'm gonna hang out with a guy I better be willing to offer my body to him too. Otherwise I'm hurting him. Yes. It happened! "Why are you doing my friend wrong?", asked 'The Narc' right before he stuck his tongue in my mouth. Peer?