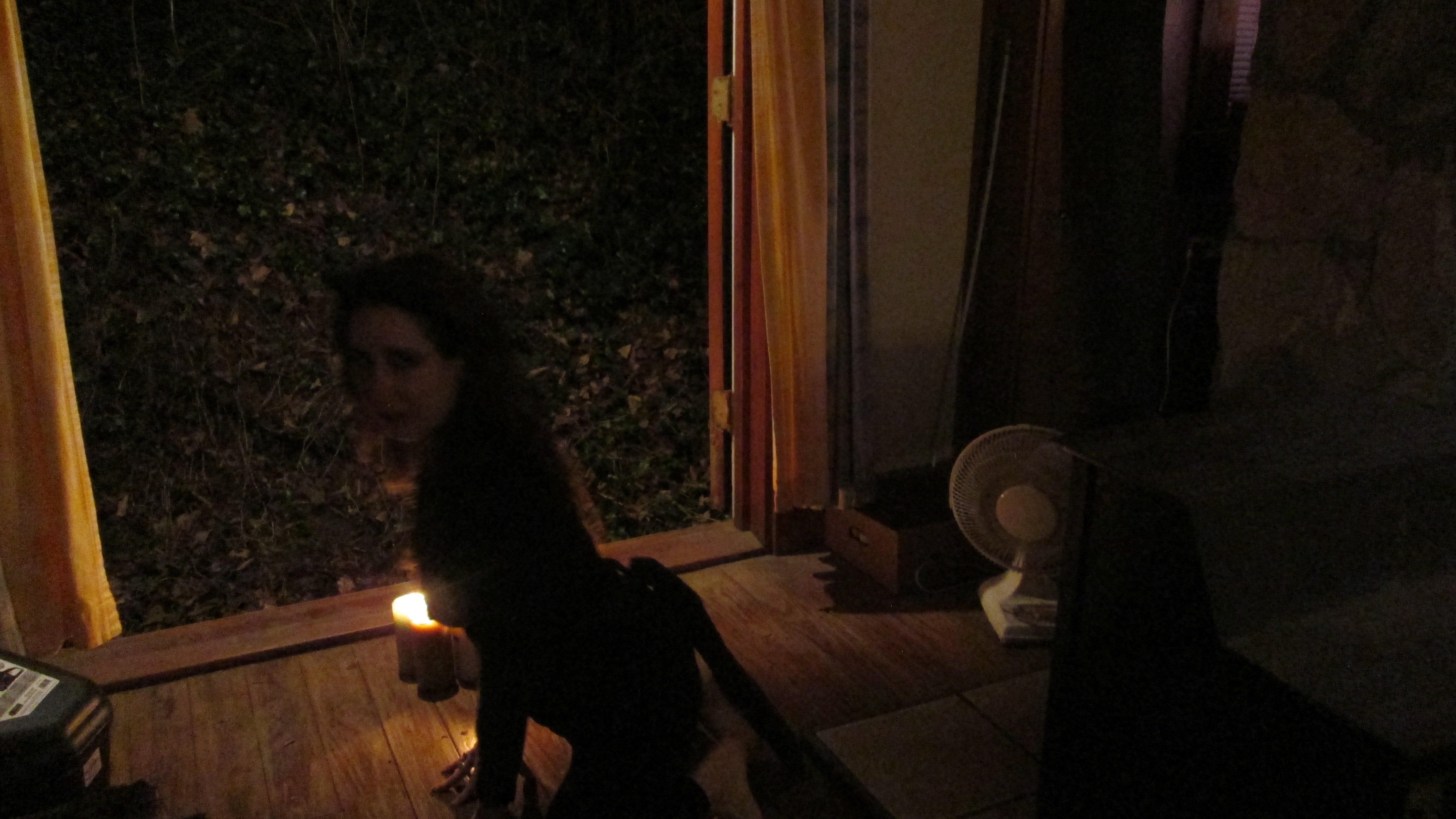 The Summer of 2016 I made these 3 videos at the request and direction of my Spirit guides.

After staring at a screen all day I generally chose a book for my nighttime company. My husband, now ex, worked nights. I often ate my evening meal and fell asleep alone.

I like to watch TV when I eat, feels less alone. I don't subscribe to cable or satellite and only pick up PBS where I live. In April 2016 I bought a cable to hook my computer to my TV.

That summer I made the above videos, 2016, I was also overcome with a desire to watch youtube videos about psychics working on murder cases. Why?

For a number of weeks I was presented 'Sensing Murder' as an option, little picture of Kelvin. I said no. I didn't want to watch a show that long. Too much TV.

Then one day I said, what the hell. They keep giving it to me. I watched it and it was really good. Kelvin was one of the mediums.

I watched more 'Sensing Murder' episodes. In one particular episode Kelvin sat on the ground, twirling a piece of grass. In that moment he morphed into a little boy, almost 4 years old. That was my spark of recognition.

Years ago I read Journeys out of the body by Robert Monroe in which he describes a sexual experience he had with a woman in the astral plane. I asked my guides if, since Kelvin is a medium, I could reach out to him that way and if it would be ok to do so.

The answer was a resounding YES!

A few days later the energy I feel from my Spirit guides changed, became much more intense. One night before I retired to sleep I received the message, "Tomorrow Kelvin".

The next morning a Spirit entity visited me for what felt like a sexual encounter. The morning after he visited again. This time he said, "Kelvin USA. Kelvin USA." I got out of bed, googled "Kelvin Cruickshank USA" and found out he had just been here, in LA, and that he sees big things for himself in America.

For several weeks I was visited by this energy, bathed in the most incredible love I've ever felt. He said repeatedly to me, "I've got to find you." I said, "well find me then". The energy channeled me Kelvin Cruickshank's email address, told me to write to him and assured me Kelvin would write back. He said, "Trust. If Kelvin writes back you will be reborn."

Kelvin wrote back. A relationship began. The channel exploded.

I don't know why but when Kelvin Cruickshank was tuning into me in a kind way, this channel became a potent provider of information from the Spirit world. (I think it is because I opened my heart so wide at that time). But it was brand new to me, to have a channel that strong open to the Spirit world. I was extremely disoriented, even having trouble feeding myself.

The Spirit guides said they had a divine mission for Kelvin and me to complete together.

I asked Kelvin to pray and meditate about what I was getting from the Spirit world. They had messages for him They'd ask me to deliver. Kelvin was less than pleased by some of the messages for him coming from the Spirit world. They told him his ego is getting in the way, obscuring his ability to hear his Soul. He protested. "That's not me at all", he said.

After several days of praying on it Kelvin told me, "I'm ready" and sent me a picture of his bare chest. The relationship became very flirtatious afterwards.

I left my marriage, went to Atlanta to live with my mother, because I thought I had found a great love with whom I had been given a divine mission. The Spirit entity loving me is my soulmate. I was told by the Spirit guides repeatedly that Kelvin Cruickshank is my soulmate, he is the incarnation of this incredible being loving me from Spirit.

My friend Chris Emmons author of Modern Day Alchemy gifted me a pendulum. That pendulum in conjunction with the large amount of ormus I consumed opened this channel.

I no longer need the pendulum. The time since the Atlanta vision has ripened me into a pendulum, yet with more movements and sensitivity. My channel is opening in the form of dance.

I am like Helen Keller learning a new language. Please forgive me if I've misunderstood along the way. They are teaching me, raising me up so I can raise up Kelvin.

They said Kelvin wants to take me to NZ to torture and kill me. That was a tip off about how my last lifetime ended. I loved life during that lifetime. Wanna sense into that murder, Great KC?

I had no choice but to go back to my husband after that experience because I can't be in wi-fi immersion. Nor could I live with either of my parents who do not understand Spirit communication. I needed this house in the woods. I had nowhere else to go. Richard is gone now.